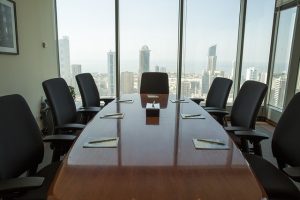 Why use an independent disciplinary hearing audio typing service?

Despite the fact that the matter is not taken before the courts and may be fairly small in nature, this is still a serious legal proceeding and should be handled as such. Whereas employers have the right to enforce their own standards of conduct on employees, this does not give them the right to bypass the law, and acts of discrimination or illegal undertakings can easily be escalated to the ‘official’ court system. A true and accurate recording of the matter is thus of the essence. For the employee who is not represented by a legal party, it ensures that they can enforce their legal rights as well as fully understand the matter. For the employer, it provides full transparency and protection from a disgruntled employee wishing to misrepresent the facts.

It’s generally a better idea to have the formulation of the disciplinary hearing minutes, then, handled by an independent and unbiased third party. It would be difficult to ensure thorough accuracy if written records are attempted during the hearing. Making an audio record as the meeting unfolds, and then allowing a professional service such as Legal Typing to transcribe the disciplinary hearing audio, simply makes sense. We have no horse in the race other than to ensure an error-free, accurate set of minutes is created.

Let us assist you with your disciplinary hearing audio typing today, and have the peace of mind of knowing you are protected and compliant with the law.

What are disciplinary hearing minutes?

Disciplinary hearing minutes are the written record of the disciplinary meeting. Whether employer or employee, there is no document more crucial to the process than the final minutes. Without them, you have no written record of what occurred- and effectively no resolution or case. It’s very common in such cases to take an audio recording of the entire procedure, and then create the minutes afterwards where more attention to detail can be given to the process. This is why we at Legal Typing are pleased to be able to offer your disciplinary hearing audio typing as well as the formalisation and formatting of written records.

Why the disciplinary hearing process matters

This important record becomes especially critical when you consider that the employee is not entitled to legal representation during the proceedings. Your knee-jerk reaction may well be that that is unfair and should be illegal! Remember, the disciplinary hearing is not part of the legal arsenal covered by the courts and government, but rather an enquiry entered into by the employer into the conduct of the employee. Both are private entities, and the employer does have the right to expect a certain degree of conduct from their staff. Matters for a disciplinary hearing can stretch from serious matters such as breach of safety codes, addiction in the workplace or repeated failures to carry out duties, through to relatively minor issues such as absenteeism, bouts of ill health and dress standards.

Employees may, of course, be represented by a fellow worker [typically a member of their union where relevant], but should the need ever arise to take the matter further or the employee feel the ultimate judgement is unfair or biased, you will need an accurate and impartial record for the proceedings to stand before the court as well no matter which side of the coin you sit. It’s important to remember that both the employer and employee will receive a copy of the disciplinary hearing minutes so that the matter is fully transparent.

Our knowledge of legal terminology and the required layout to include your references and contact details means we can offer you a personal legal secretarial service at a fraction of the cost of an in-house secretary.  All our typists are required to sign Confidentiality Agreements and our SSL encrypted portal means that your dictation and the returned documentation is all highly secure and safe.

We work as a single united team with market leading firms around the world and give our clients the highest quality service possible.

GET IN TOUCH
Go to Top